Buy a copy on Amazon.

LC Johnson, Biography
With four distinct tours of duty during his eight decades on this earth, LC Johnson has brought a world of experience to the county he calls home. While he and his wife, Gracie, deliberately chose the area that is now Peachtree Corners for their retirement, it is what this community represents that first attracted the pair.

LC spent his earliest years, his first tour of duty, as the son of cotton farmers in southern Mississippi. He responded to the rumblings of the early civil rights movement and heeded the advice of many of the elders in his life by joining the military.

After twenty years learning how to manage goods, services, and, most importantly, people, LC retired an Air Force Master Sargent. Following his military service, LC entered his next tour of duty in education. Applying the principles of good management learned in the military, LC gained notoriety as a no-nonsense educational leader. He earned his doctorate in management while turning troubled schools around by engaging the surrounding communities to take ownership in the offerings and outcomes of the student body.

Following his retirement from education in 1998, LC and Gracie found themselves looking for a good place to live with access to the airport, excellent schools, and a diverse community. The area surrounding Peachtree Corners fit the bill and the pair relocated.

After setting up his home office, LC began to get a little restless. So, as he had done his entire life, he began to seek out conversations with people in the community. Conversations created opportunities. Soon, he was an active member of the United Peachtree Corners Civic Association, Rotary International, Gwinnett Clean and Beautiful, Gwinnett County Housing Authority, Gwinnett County Development Authority, and the Atlanta Chapter of the Tuskegee Airmen. He also serves on the Salvation Army Board, the Gwinnett Hospital System Board and a variety of other boards.

It is this civic and social service that has become LC’s fourth tour of duty. Behind his proven leadership skills is a quiet man with an effective manner. When asked about their friendship with LC, local community leaders respond with positive words and appreciation for the man who can “get people to do something outside of themselves for the greater good – all while thinking it was in their own best interest.”

In this, his eighty-first year, LC Johnson still enjoys the conversations upon which he has built a legacy. Starting with humble beginnings, touring the world, changing the face of education, and now, pressing a diverse county to embrace its best resource – the people, LC has no plans to stop holding life-changing conversations. He invites you to try new conversations every day. It might just be the secret to a long and happy life. 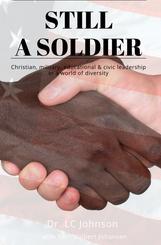 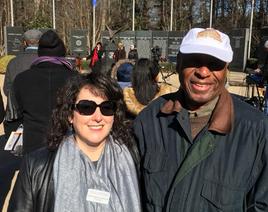 Praise for Still A Soldier